The pattern in the rear reception room at 49 Chester Square was so popular in the 1850s that the same plaster ornament, representing stylized foliage wrapping around a central dowel, was used on smaller coves in medium-size rooms and hallways alike. Walking around the neighborhood, one may notice how many of the front halls and entryways of South-End homes feature this exquisite design. The home of Israel Nash, a dealer in West Indian goods, 33 Union Park was one of them. Despite it being simply a smaller account of our 49 Chester Square, Old Boston replicated it because its lovely shapes can grace smaller rooms in your home just as they impeccably adorned Mr. Nash's front hall a century and a half ago. 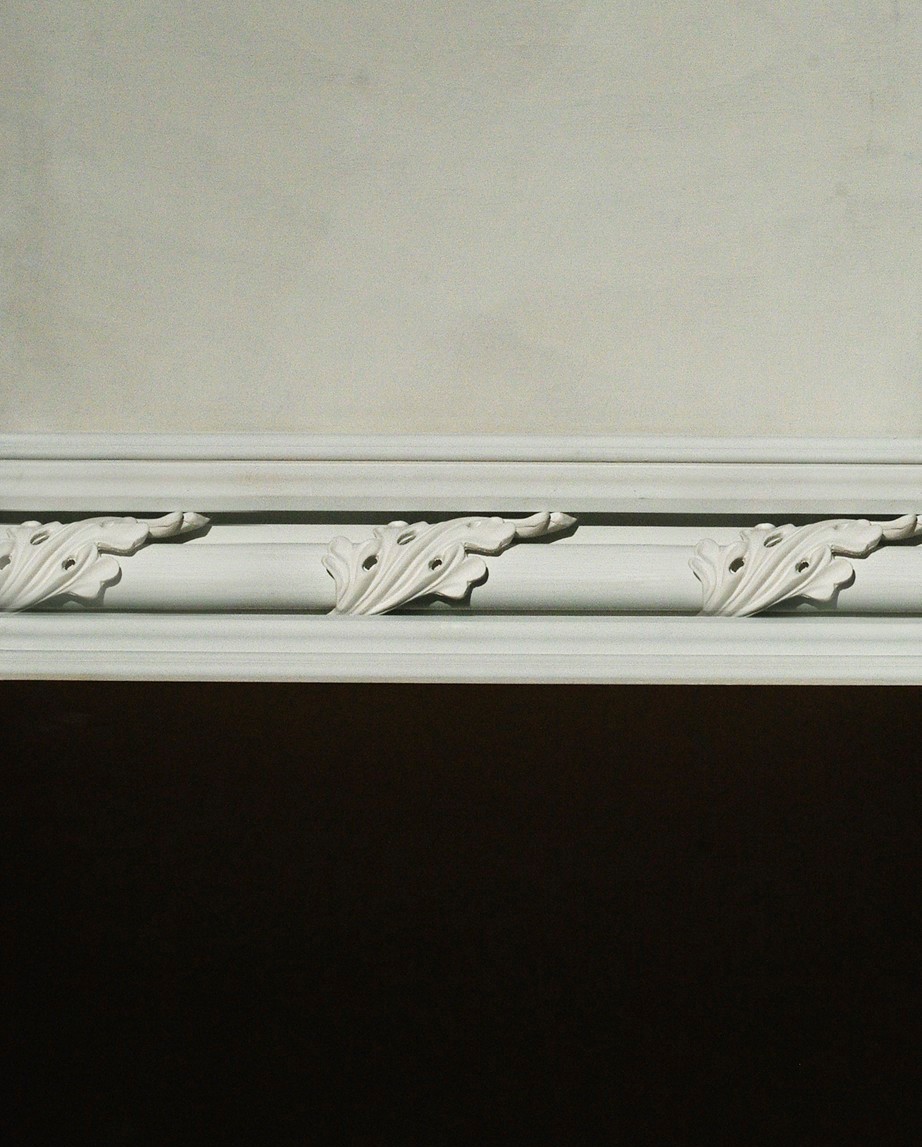 To appreciate the effect that this beautiful design produces, here are two images - a detail from an 1880s historical photograph of a second-floor room from the Thomas S. Paterson House, and a modern photograph taken from the second-floor landing of a South End brownstone: 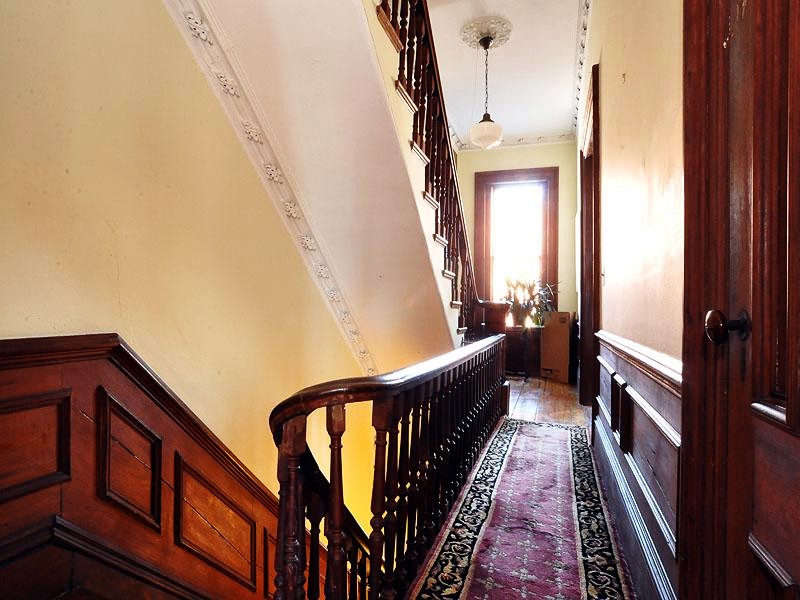